Swiss readers with children between 10 and 14 years old may be interested in this event at Dübendorf, which has been repeated from last year. 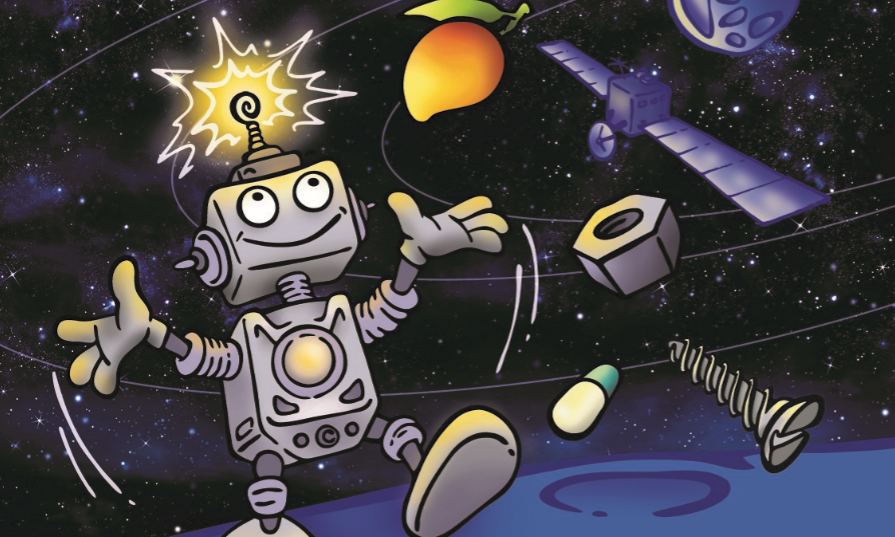 Scientist Raphael Marschall from the MiARD project recently gave a talk to the Bern section of the ‘Astronomy on Tap’ movement that seeks to provide popular science talks with an astronomy theme to the general public in an informal setting. A video of his talk can be seen here, in which he summarises the reasons for studying comets, and his own research using results from the ROSETTA mission.

Nick works in the MiARD project on determining the physical and mechanical properties of comet 67P. In particular, he uses OSIRIS camera images from the Rosetta mission to analyse surface features, such as overhanging cliffs and fractures, to estimate the mechanical strength of the nucleus material. He also uses navigational and position data to measure the effects of outgassing on the comet’s orbit (an example of ‘non-gravitational forces’ affecting the comet’s orbit). The MiARD project seeks to develop a better model for ‘non-gravitational forces’ in order to be able to make better predictions of comets’ trajectories in future.

Two recent scientific publications indicate the dynamic nature of comets as they pass near the Sun. An analysis of images taken from the Rosetta spacecraft show that a large crack between the two halves of the comet has grown, thought to be because the spin of the comet was altered as large amounts of gas and dust (to depths of several meters per day) were ejected in jets heated by the Sun. Furthermore, a different team of authors has shown that a 100 m high cliff on the comet collapsed (in July 2015, shortly before the comet came closest to the Sun in August 2015). Amazingly, the OSIRIS camera onboard Rosetta actually captured the debris plume of about one thousand tonnes of material associated with this collapse. The supplementary figures to this paper include anaglyphs of the cliff region – 3D images that can be viewed through red and cyan filters, and a video illustrating the event.

Although this work was not done as part of the MiARD project, many of the authors of the two studies linked to above are also contributing to the project work, and a major goal of the detailed shape models being produced by the MiARD project team is to enable the study of the geomorphology of the comet, including changes over time.